Could a Student Go to Jail for Plagiarism? 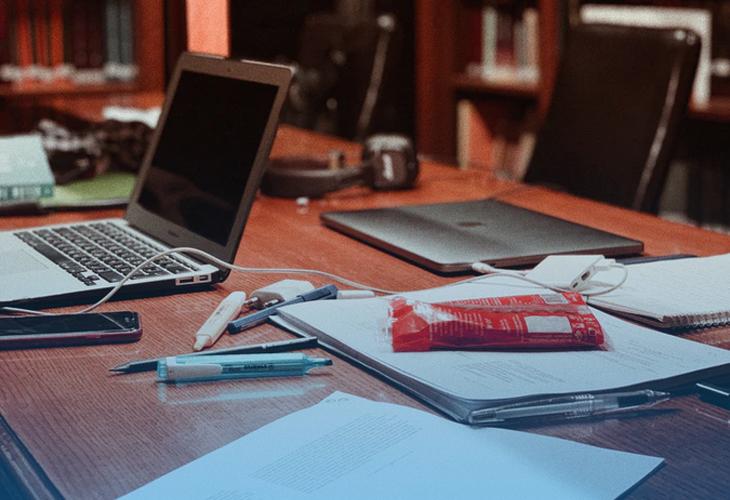 By that point, you’ve probably heard about plagiarists once or twice. You know about these people who can treat your work as if it belongs to them completely. They don’t bother asking for permission and prefer to live a life where words “integrity” and “ethics” means next to nothing — having principles and beliefs makes everything harder, after all.

It would seem that the average student or pupil doesn’t have much common with such kind of opportunists, but the world is not that simple: if you’ve ever used other person’s ideas in your paper or essay without proper citation, you can probably tell a story about resorting to plagiarism from your own experience. So, here’s the kicker: there is a way to be a bad guy even without intending to. In order not to let that happen, let’s talk about plagiarism and think deeply about how to avoid it in your writing.

So, could a student go to jail for plagiarism? Technically, yes, but that is unlikely. If you’ve plagiarized a work protected by copyright and the owner decides to sue you, there are a few scenarios that could occur. Paying a lot of money is among them, by the way, but that depends mostly on whether the author lost something because of your actions. The topic is extremely large, but answering the questions raised, a student COULD go to jail for plagiarism, but it’s uncommon. By no means should you think that every idea you’re introducing in a paper is another step toward imprisonment? What kind of world would that be, anyway?

Other things to consider

Even though going to jail is not the case most of the time, there are still a lot of arguments in favor of staying away from plagiarism.

First, getting used to plagiarizing at school and college will do you little good — it may affect your future life both directly and indirectly. For instance, if the harshest punishment for plagiarism you’d faced in your student years was a failing grade, you might think that the stakes will always be as low… but they will not. In the education field, the rules are a bit more forgiving than in general because a student doesn’t reap any financial benefit from his or her cheating; most of the time, their professor is the only reader they get. However, once a piece is publicly available — if it’s published in a scientific journal, for example —, any spotted plagiarism will become a serious problem that may even result in expulsion.

Second, refusing to learn how to present other people’s ideas and introduce your own ones might make the road to graduation almost unbearable — impossible, even. An experienced professor spots plagiarism without much effort, as least as long as we talk about student’s papers and essays. After the spotting, bad grades follow. If you’re trying to cheat over and over again, a hearing is more than possible, as well as a suspension for a semester (or several ones). The thing is, once you’ve crossed a line, you have no control over whether you’ll continue your studies or not. There are better ways to start an adult life than putting your fate in the hand of people you barely know; that’s for sure.

But why is plagiarism illegal? Why is it a problem at all?

Plagiarism is illegal because there isn’t much difference between stealing and using another person’s intellectual property without citation. The discussion is not finished by that moment, however, and some people insist that it’s not stealing when the previous owner has access to the item that has been stolen.

An oversimplified analogy exists: if a person has three apples and you take one of them, there are only two apples left; but when you use ideas that are not your own, they don’t cease to exist in other people’s head. The problem with this approach is that plagiarism is not about using ideas by itself — it’s about taking credit for them. There is a lot to lose for an author whose work isn’t treated properly, including money and career perspectives.

Another problem with plagiarism is that a professor can’t really check your sources if you don’t even cite them (not all of them, anyway). An academic paper, for example, is not a matter of your opinion. A middle schooler has a point of view on basically everything in the world, but a college student works with facts, not “I think”s of every sort. When you reference a source properly, any reader can find, check, and analyze it, has an opportunity to evaluate its accuracy and reliability. It makes fact-checking much faster and simpler, and if the procedure shows that everything is alright — that information you’re referencing to is proven and definite —, then the conclusions in your paper may be taken seriously.

Okay, plagiarism is a problem. How to avoid it?

If we talk about college papers and essays, to avoid plagiarism mostly means to cite every source you’ve used while writing. Thanks to Fair Use, a student is allowed to reproduce other people’s work in cases related to the education process. There still is a lot of limitations in order to prevent a person from abusing the system, so don’t try to play smart and write an essay fully consisting of copy-pasted materials. Nonetheless, the fact remains: as long as you don’t try to pass off every material you use as your own original work, you’ll be fine.

The tricky part is that it’s not always clear just how many times you can quote other authors’ words in a paper, as well as what percentage of your work may be, well, not yours. The general recommendation is not to rely on quotation — whether direct or indirect ones — too much. Re-read your paper yourself: is there you, an author, in the text? Please contact your professor to learn more because accuracy is extremely important in such cases.

Before we go to the conclusion, here’s another point to remember: even you have an author’s permission to use his or her work in any means necessary,

you have to acknowledge the work in the reference list and body paragraphs. Nothing changes: a professor still needs to know the original source of information so they could check it, a reader still deserves to know every book and article your paper is based on, and consequently, an attempt to hide that information is still cheating. Plagiarism and copyright violation are different concepts; an author’s permission could save you from the latter… in some cases.

Feel a bit overwhelmed. Is there anyone I can ask for help?

It seems the current education system fails to explain how to avoid plagiarism, which may be a reason why it’s still so common because a large number of people feel the same as you. Some students feel as if one either writes a decent piece of academic paper or does everything by the book to avoid plagiarism. In some cases, the system may frustrate a student to the point of turning in an assignment just for the sake of… turning it in. Or to put it another way, to the point of not trying at all.

A professional writer’s help will be useful if that’s the case. A specialist who has written hundreds of academic papers for their life has a perfect understanding of what plagiarism is and how to avoid it. What is even more important, they are ready to share this knowledge with you — there is no more efficient way to become a better academic writer than to learn from people who write academic papers on a professional basis.