The Relevance Of Punctuation In A Poetry 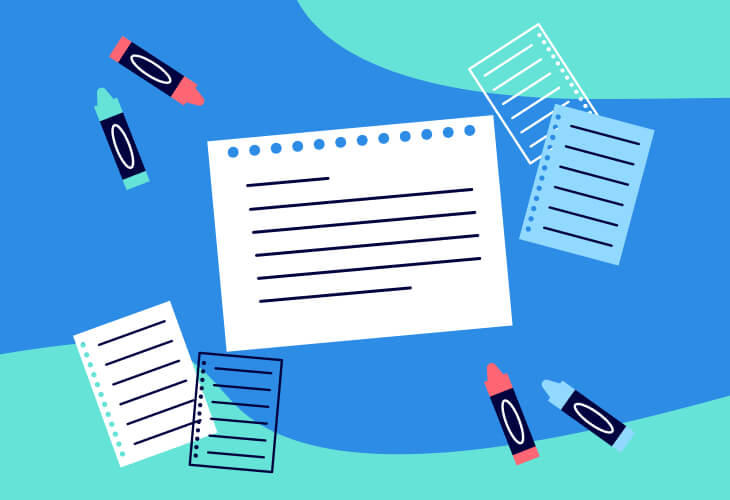 The debates around grammar and punctuation are familiar to all authors. Some of them ignore the rules to achieve a new sense, while others follow the general rules obediently. Punctuation makes sense in different genres of poetry. Any violation may lead to unexpected consequences. The creative approach is welcome in translation, but it should be grammatically correct as well. We are going to shed light on what happens.

The Purpose Of Punctuation

Pauses that punctuation brings suppose that a reader should take a breath or end the line and follow to the next one. Also, they help the reader to divide a piece of text and consider it. That fulfills poetry with meaning, making the thoughts understandable. Misusing or absence of punctuation makes a mess in a poem and may distort the text.

Among the general grammatical rules, the meaning has a point: what an author is willing to transmit to the readers by exact punctuation sign. That gives writers a lot of freedom. For instance, they miss a comma or dash to hold on to the needed rhythm or add any sign that conveys an emotion. Hence, punctuation is a very private thing in poetry.

Each author should realize that punctuation characters are the helpers, not the enemies. And removing it at all prevents the reader from receiving the full effect of the words.

The Most Common Punctuation Mistakes In Poetry

Some authors prefer choosing complete freedom in their works while making similar mistakes. Usually, these are:

Creating your next masterpiece, take care of how it looks like and how your readers will understand it using the punctuation correctly.

Use Of Other Punctuation Marks

Some punctuation symbols obey the rules partly, remaining at the discretion of an author. One of them is a dash, the informal punctuation mark. It means an unexpected pause, disruption in the thought, or intonation changing. Double-dash can serve as semicolon, colon, or commas. It is appropriate to divide the elements of secondary importance. The difference is that double dash outlines a special significance, unlike other punctuation marks. Triple-dashes are similar to ellipsis and rarely used.

The tricky punctuation mark is an apostrophe. It is relevant for professions, plural forms of abbreviations, shortened forms to omit letters. Disregarding it will make a poetry non-literature faster than any other type of error.

To connect two separate words, parts of them, prefixes, and suffixes use a hyphen. It shows that a single word does not make complete sense.

Italics are the best way to underline a term, characters, or phrases that distinguish from the entire text. These attract the attention of readers easily. The same mission has characters in bold.

Asterisks transmit additional information, which is especially appropriate when using ancient words or phrases from different languages in poetry.

A pair of parentheses means a moment stoppage similar to dashes or commas. The most suitable case for parentheses is an aside view in the middle of a phrase to complete a set of thoughts with explanation, emotion passing.

These punctuation marks are more flexible compared to an ordinary comma and full stop. But using them correctly will outline your individuality and transmit your thoughts and feelings according to your intentions.

Breaking The Punctuation Rules: An Opinion

Some writers uphold practical standpoints, paying more attention, not to the strict grammatical but the sense. It does not always mean that they ignore the punctuation completely. They have a different approach to it, saying that there are no right and wrong cases in poetry. That makes nonstop debates with those who support the grammar.

Authors disregarding the grammar rules, spelling, and punctuation, use them as a magician tool to create, design, and add individual style to a poem. Even more, some writers are popular with their style. For instance, E. E. Cummings’s anarchy in the lines, such as dismissing capital letters, random use of punctuation marks, does not diminish his talent.

To say more, if you try to put the punctuation marks correctly, you will realize that his way of standing out of the crowd is better. Playing with grammatical rules is popular among authors.

But there is a difference between playing and not knowing the rules, which will become understandable for readers anyway within a few poems. For a talented poet with ambitions, it will be a heavy strike on the reputation and amateurish public recognition as a result.

Those who play with punctuation correctly make it as a set of techniques. They struggle for their right to express themselves the way they want and consider the best. Breaking the system by the rejection of the punctuation rules set for poetry, leaving it on the poet’s decision, is challenging, of course. But these authors may remain ambitious revolutionists only.

The authors abusing punctuation rules leave a reader a lot of work to do, remaining understood till the end and hiding some crucial meaning. As a result, the readers should seek the answers themselves or guess about them.

Punctuation aims to help a reader to understand you, making it transparent and clear, and not to design a text. Using a system of punctuation in poetry is beneficial. It lets the thoughts flow as it should be.

Disregarding the punctuation rules leads to a situation when readers can not understand what an author intended to say. It relates to the young and unrecognized authors especially. Each mark is unique and efficient.

Excessive use of punctuation characters or the absence of the needed ones harms the quality of the text, distorts the meaning, and decreases an author’s reputation. Impress your audience using the power of grammar correctly.